Bloomberg Philanthropies and the Bill & Melinda Gates Foundation announced on Wednesday that they had started a global fund to help low- and middle-income countries fight legal challenges to their smoking laws by the tobacco industry.
The fund is modest, at least so far, with a total of $4 million from the two charities. But Michael R. Bloomberg, founder of Bloomberg Philanthropies and the financial data and news company Bloomberg LP, said in a conference call with reporters that the investment was more like an initial marker, and that it was expected to grow as more donors joined the effort.
“The fact that there is a fund dedicated to taking on the tobacco companies in court sends a message that they are not going to get a free ride,” Mr. Bloomberg said. “If they say that’s not a lot of money — yes, well, take a look at who’s behind it.”
He added, “We just picked $4 million just to say, ‘O.K., here, let’s start it.’”
The fund was set up to counter what health experts say has been a strategy by tobacco companies to block smoking laws in poorer countries through legal means. In a number of cases, companies have challenged laws in development or after passage, warning governments that they violate an expanding number of trade and investment treaties that the countries are party to, and raising the prospect of long, expensive legal battles.
Companies say that there are only a few cases of active litigation and that giving a legal opinion to governments is routine for major players whose interests would be affected by a proposed law. But tobacco opponents and officials say the specter of litigation has had a chilling effect for countries that lack the financial resources to defend themselves.
“In an ominous trend, in some countries the battle between tobacco and health has moved into the courts,” Dr. Margaret Chan, the director general of the World Health Organization, said in a statement on Wednesday. Dr. Chan is participating in a conference on tobacco use in Abu Dhabi, United Arab Emirates. She added, “We will push back hard.”
The strategy has gained momentum in recent years, health experts say, as smoking rates in rich countries have fallen and tobacco companies have sought to maintain access to fast-growing markets in developing countries.
In Africa, at least four countries — Namibia, Gabon, Togo and Uganda — have received warnings that their laws run afoul of international treaties, according to the Campaign for Tobacco-Free Kids, an advocacy group that will administer the new fund. In Uruguay, Mr. Bloomberg’s charity is also helping the government defend itself in court.
Wealthier countries have also been targets, including Australia, which is in court with an affiliate of Philip Morris International over rules on packaging, and Norway.
British American Tobacco, which issued some of the warnings in Africa, did not respond to requests for comment. Philip Morris International said in a statement, “Governments can and should honor their international obligations when enacting tobacco control measures, and this fund can provide them with resources to do so.”
Tobacco consumption more than doubled in the developing world from 1970 to 2000, according to the United Nations. Much of the increase was in China, but there has also been substantial growth in Africa, where smoking rates have traditionally been low. More than three-quarters of the world’s smokers now live in the developing world.
Every year, more than five million people die of smoking-related causes, more than from AIDS, malaria and tuberculosis combined, according to the World Health Organization. The organization said in a statement on Wednesday that new data shows a declining rate of tobacco use around the world.
Beyond giving money, the fund will also help countries draft tobacco laws in a way that could help avoid challenge from industry, and establish a network of lawyers experienced in trade litigation. Mr. Bloomberg said some law firms had already expressed interest in volunteering their services. Mr. Bloomberg has committed about $600 million to combat tobacco use since 2007.
Posted by Bruce Fieggen at 8:48 PM 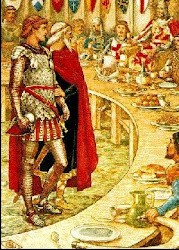 Bruce Fieggen
Wayne, New Jersey, United States
I've been managing projects in the Medical Device and Pharmaceutical fields for 25 years and managing people for even longer. I am a student and teacher of project management and leadership and felt that I needed a forum for sharing some of my thoughts on the two subjects. I'll also post novel excerpts every other Sunday.